Tell the story of your life 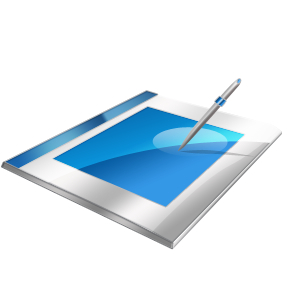 Put it in writing!  I’m not talking about the all-too-common prescription for covering your backside in the office, I mean the story of your life.  Since last fall I have been writing vignettes of my life as a media spokeswoman, a liaison to various community groups, a mentor to elementary school children, and a facilitator of diverse parent groups.  The stories I remember tend to be the outrageous ones:  being quoted (not interviewed, mind you, just quoted) in the National Enquirer, turning “public” schools into “pubic” schools in a summary of a school board meeting, and attending public meetings where the majority of the audience members were unhappy with whichever district administrator or school board member was behind the lectern.

I was running out of stories until I began to sort through old emails and thank you letters I had saved.  I hadn’t kept any written records of my experiences, but thankfully others had.  My former boss sent several notes expressing his appreciation for a book I had published annually for about five years — a document showing where the district had made progress and where we needed to focus our efforts if we were to meet our goal of preparing all students for college — something I had completely forgotten. I found notes from school principals thanking me for presentations to their teachers; I received a number of written kudos for a workshop I had coordinated for Latino students; and I discovered a letter that a state senator had sent to the superintendent complimenting him on one of my publications. I even kept copies of newspaper articles about programs I had organized.

Years ago, when I was trying to encourage my mother to move from her apartment into a sheltered environment where people would be checking on her more regularly than I could, I read a book called “How to Say It to Seniors.”  The author’s purpose was to help adult children communicate more effectively with their aging parents.  The only point I remember from the book was that it was important for the children to understand that one of their parents’ primary concerns at this stage in life was leaving a legacy.  I now understand this.  I’m grateful that I saved at least a few documents that remind me what I accomplished over my forty years in  different jobs and how others, usually supervisors, felt about what I had done.  However, we can never count on others doing this work for us.  If you haven’t written it down, start to do it now and be as honest as possible.  It’s through our stories that the next generation can make sense of the past, as well as learn from our successes and perhaps gain perspective about their own mistakes.

I retired June 30, 2010 after working for 40 years in the field of education and most recently doing school public relations/community outreach in a mid-size urban school district. I wrote for superintendents and school board members. Now I'm writing for me and I hope for you. In this blog, I offer my own views coupled with the latest research on how to preserve our physical and mental health as we age, delve into issues most of us over 50 can relate to like noticing wrinkles and forgetting where we left our keys, discuss the pros and cons of different ways to engage our minds and bodies after we leave the workplace, and throw in an occasional book review, all peppered with a touch of humor, irony, and just plain silliness. Also, I'm on the third draft of my second novel since retirement.
View all posts by stillalife →
This entry was posted in aging, memories, personal reflections and tagged aging, personal reflections. Bookmark the permalink.

1 Response to Tell the story of your life