Haiku for the generations

Haiku is one form of poetry that both  children and adults can understand and create themselves;  it is a great tool for helping us focus on our surroundings, especially when we travel.  So says “The Traveling Haiku Contest,” the cover article by Greg Krech from the ToDo Institute‘s publication, Thirty Thousand Days.

In this, Mr. Krech says that he taught his two daughters haiku when they first learned to write and that creating haiku has become a family affair, especially when they travel. He keeps it simple by sticking to only one rule of three lines with five, seven, and five syllables, respectively.  Even though he didn’t point this out, usually the last line of a haiku, including those he and his family wrote, contains an element of surprise, an unexpected development of events.  Mr. Krech says his children are very comfortable writing haiku as they reach the preteen and teenage years.   He also says that when the family travels, they hold haiku contests as a way to stop the bickering in the back seat of the car, as well as to help everyone pay attention to the natural beauty they encounter along the way.  He points out that the great Japanese haiku masters of the seventeenth, eighteenth and nineteenth centuries — Basho,  Buson, Issa and Shiki, were travelers at a time when there was no digital entertainment playing on a screen in a car to distract them from their observations of seasons, the environment, animals and people.

The article contained the contest entries submitted by each family member during a road trip along the California coast.  Dad begins with his: Winding mountain road/Complaints from the car’s back seat/Two whining daughters. The girls’ pieces were: I open the door/The aroma smells so good./Breakfast, here i come!  followed by We’re in a painting/fashioned by nature’s own hand/Come, add your own touch.  I don’t know who won the contest, but my vote would have gone to Mom: Dad won’t turn his head./Busy counting syllables,/he misses the view. 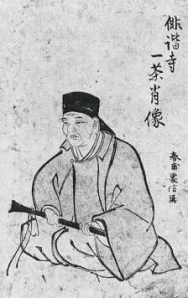 During this month, I had an opportunity to share haiku with two groups of adults in my church, one consisting mostly of senior citizens and the other of parents of school-age children.  The Japanese nineteenth century poet Issa was the subject of our conversations.  Since our focus was on humor, I narrowed down his twenty thousand poems to about twenty that I thought were amusing and not too earthy for the audience.  I talked about Issa’s difficult life, read a few poems with someone else’s interpretations and several that we had to decipher as a group.  I gave seven people a set of three or four poems to take home, read, think about, return and read to the larger group.  I was impressed with how seriously they took the assignment, not only analyzing the poems themselves, but also bringing in a variety of interpretations from other people they had consulted. Reactions from members of the senior audience were mixed.  I saw a couple of men looking at their watches and yawning, but, thankfully, many people stayed engaged.

After reading the Krech article, I started trying to make up haiku while we were walking.  My husband laughed at my attempts to add Wild Kingdom endings to poems about the bunny and osprey we observed. I guess I needed to start writing haiku a little sooner in life, say, 60 years earlier.

I retired June 30, 2010 after working for 40 years in the field of education and most recently doing school public relations/community outreach in a mid-size urban school district. I wrote for superintendents and school board members. Now I'm writing for me and I hope for you. In this blog, I offer my own views coupled with the latest research on how to preserve our physical and mental health as we age, delve into issues most of us over 50 can relate to like noticing wrinkles and forgetting where we left our keys, discuss the pros and cons of different ways to engage our minds and bodies after we leave the workplace, and throw in an occasional book review, all peppered with a touch of humor, irony, and just plain silliness. Also, I'm on the third draft of my second novel since retirement.
View all posts by stillalife →
This entry was posted in books or movies, inspiration and tagged books or movies, inspiration. Bookmark the permalink.

1 Response to Haiku for the generations