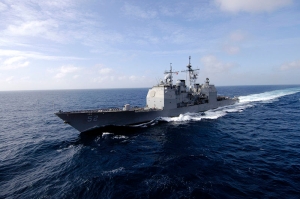 To carry a camera or not to carry a camera?  That is the question I asked myself this morning before deciding yes, I would chance it, even though our plans were to tour a Navy guided missile cruiser and I wasn’t sure whether photographing this storehouse of military weaponry would land me in the brig.

I’m especially sensitive to taking a camera where it’s not wanted, after I took mine to photograph The Dalai Lama when he was in Seattle in 2008 for an event called Seeds of Compassion. He came to speak in the football/soccer stadium in front of 40,000 people, most of whom were bringing their cell phones along with them, so carrying my camera seemed innocent enough.  I still didn’t believe I would have a problem when my friend Gail warned me, while we were clinging to the overhead racks of a crowded bus, that it stated on our tickets that cameras were not permitted.  I figured they’d have a camera check booth at the stadium if they were so determined to keep cameras out.

Thirty minutes later, as we stood at the end of a long line, waiting for event officials at the front to check backpacks and purses, one officious man walked back and forth letting everyone know cameras were not permitted. “If you brought a camera, you should go to the train station next door and put it into a locker,” he said. “Otherwise we’ll confiscate it.”  Now I started to worry. Dutifully, I left Gail behind and walked another block or so to the train station, where a porter informed me that there had been no lockers in train stations since the 9-11-01 attacks. By now, I had had it with officious events staff, so I took off my blouse (I was wearing a tank top underneath), slid my camera strap over my shoulder and the camera under my armpit, put the blouse back on and returned to the end of the line. 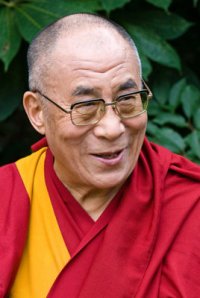 I smiled and exhaled when I finally arrived at the entrance, the gatekeeper had checked my purse, and seeing nothing more dangerous than a container of take-out sushi, waved me through the gate.  Ah, but wait.  I had to pass one more test before I could get in.  The wand was coming at me and it was not the same kind the typical fairy godmother uses.  It was a metal detector. “Raise both arms,” the not-a-fairy godmother said.  I raised my right arm while the left hugged my side.  “What’s the matter with that arm?” she asked.  I lifted it a few inches. “Raise it all the way.” I lifted it as far as I could without exposing the camera, but she wasn’t accepting the possibility I might have limited mobility. “I’m going to have to pat you down.  Whoa, what’s this?” she asked as her fingers hit metal.

“It’s my camera and I’m not giving it to you. I don’t have to take pictures while I’m here, but I do have to keep my camera.”

After dealing with yet one more officious event person, my camera, my sushi and I entered the stadium.  Imagine my shock and anger when I found Gail’s daughter inside, a huge camera hanging from her neck.  “How did you get that past them?” I asked.

“No problem with the camera,” she said, “but they wouldn’t let us bring in our sushi.”

Fortunately, the Navy was much more clear and specific — “You may take photographs after you’ve been admitted” — though in their warnings they made no mention of sushi.

I retired June 30, 2010 after working for 40 years in the field of education and most recently doing school public relations/community outreach in a mid-size urban school district. I wrote for superintendents and school board members. Now I'm writing for me and I hope for you. In this blog, I offer my own views coupled with the latest research on how to preserve our physical and mental health as we age, delve into issues most of us over 50 can relate to like noticing wrinkles and forgetting where we left our keys, discuss the pros and cons of different ways to engage our minds and bodies after we leave the workplace, and throw in an occasional book review, all peppered with a touch of humor, irony, and just plain silliness. Also, I'm on the third draft of my second novel since retirement.
View all posts by stillalife →
This entry was posted in humor, touring town and tagged Navy ships, The Dalai Lama. Bookmark the permalink.

1 Response to Fear of photographing