Thinking about our legacies 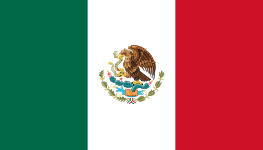 Most Impulso members came from Mexico

Only four years after retirement, I sometimes think about legacies, asking myself, “Have I contributed to anything lasting?”

When my mother turned eighty, I read the book, “How to Say It to Seniors: Closing the Communication Gap with Our Elders,” and learned that most elders review their lives in hopes of finding assurance that they have done something that made a difference.

This past month I received some encouraging answers without ever asking my question aloud.

When I worked for the public school system the superintendent assigned me to create a Latino parent advisory committee. The group called itself “Impulso,” a title that one of the members said came from the field of physics. I interpreted it to mean something like “propel” as in propel parents to make sure their kids graduated from high school and continued their education after that.

Working with this committee turned out to be one of the most rewarding experiences of my career and life. Two friends from a Latino advocacy organization joined the group to support me, which was a great help when my Spanish faltered. They also offered advice and counsel to the parents from a cultural perspective. We held focus groups and created programs based on parents’ expressed needs. Some events, such as a Saturday visit to the University of Washington, included students. We designed others, for example, a session on “communicating with your teenager,” just for adults.  Workshops on how to check student attendance and grades on-line had the effect of an ice bucket shower on some of the parents, when — despite their students’ assurances otherwise — they learned that an F grade did not mean “fantástico.”

This month, I received two special dinner invitations. The first event celebrated not only a young woman’s graduation from college, but her interesting  job, and the house she had just bought for her mother. The second dinner honored the daughter of two of the original Impulso leaders for her recent college graduation. At both events I, and several other guests, were publicly thanked for the work we had done to reach out to Latino parents and kids to make sure they understood our educational system and how to navigate it.

Seeds you plant may take a long time to produce fruit. I’m happy to learn that a few I planted have begun to germinate, and I can postpone worrying about legacies for a while longer.

I retired June 30, 2010 after working for 40 years in the field of education and most recently doing school public relations/community outreach in a mid-size urban school district. I wrote for superintendents and school board members. Now I'm writing for me and I hope for you. In this blog, I offer my own views coupled with the latest research on how to preserve our physical and mental health as we age, delve into issues most of us over 50 can relate to like noticing wrinkles and forgetting where we left our keys, discuss the pros and cons of different ways to engage our minds and bodies after we leave the workplace, and throw in an occasional book review, all peppered with a touch of humor, irony, and just plain silliness. Also, I'm on the third draft of my second novel since retirement.
View all posts by stillalife →
This entry was posted in aging, changes after retirement, personal reflections and tagged Eastside Latino Leadership Forum, ELLF, Spanish-speaking families, student achievement. Bookmark the permalink.

2 Responses to Thinking about our legacies