What day is today?

Happy New Year (on whatever date you celebrate). Here’s hoping your celebration was — or will be — filled with joy, peace and gratitude for waking up to another year. 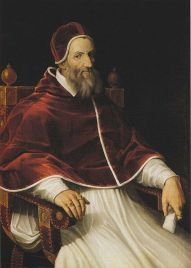 When I began this post, the subject was the calendar I’m creating for 2019. I didn’t intend to write about calendars in general, but as a result of several fascinating pieces I read about the origins of our current calendar, I changed my plan.

In the U. S. and most other countries, we’ve adopted the calendar that runs from January through December with alternating 30 and 31 days except in February, but in early Roman civilization — from which ours came — calendars had too many or two few dates.

Early Romans used a 355-day calendar. Astronomers working for Julius Cesar modified this in 46 AD and it was used — though not without confusion — for more than 1500 years.

But by the 1570’s the Roman ]– or Julian — needed replacing, because “it was a messy hodgepodge, with extra days tacked on in February every now and again…” Apparently politics also added chaos to the calendar. “Since the pontifices were often politicians, and because a Roman magistrate’s term of office corresponded with a calendar year, this power was prone to abuse: a pontifex could lengthen a year in which he or one of his political allies was in office, or refuse to lengthen one in which his opponents were in power.”

The ancients knew that the year was slightly longer than 365 days. By the 1570’s the problem caused by the average year adding up to 365+ days created a calendar that didn’t match the seasons. Pope Gregory commissioned a group to set up a replacement calendar, which involved moving the first day of the year from March 25 to January 1 to better fit the seasons. As someone said, at the rate the days were changing, in time they’d  be reaping before they sowed.

In 1582, the Pope also had to remove 10 days from the calendar — a one-time effort — to make up for all those partial days that added up to one full day every four years. He snatched the days from October.

Not all countries responded to the new calendar with enthusiasm. Catholic countries adopted it the same year it was born. The Protestant countries didn’t want a Catholic pope forcing them to change their calendars. And for various reasons related to their own religious calendars, five countries waited until the twentieth century to adopt it.

This means that most of the world celebrates New Years on January 1, but not all.  In 2019 the Chinese New Year will take place on February 5, in Iran on March 21 and in several southern Indian states on April 6.

In the contemporary world, our calendars come in different forms in paper and digital. They are less useful however to retirees. Without a work schedule we still have to ask, “Is this Monday?”

I retired June 30, 2010 after working for 40 years in the field of education and most recently doing school public relations/community outreach in a mid-size urban school district. I wrote for superintendents and school board members. Now I'm writing for me and I hope for you. In this blog, I offer my own views coupled with the latest research on how to preserve our physical and mental health as we age, delve into issues most of us over 50 can relate to like noticing wrinkles and forgetting where we left our keys, discuss the pros and cons of different ways to engage our minds and bodies after we leave the workplace, and throw in an occasional book review, all peppered with a touch of humor, irony, and just plain silliness. Also, I'm on the third draft of my second novel since retirement.
View all posts by stillalife →
This entry was posted in aging, changes after retirement, current events/themes and tagged Calendars, Gregorian Calendar, Julian Calendar, New Years Day. Bookmark the permalink.

3 Responses to What day is today?